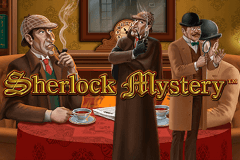 In this article, The Case of Culture Mis-identity, cultural differences are under the spotlight. In this case, they turned an RPA implementation that should have lasted 6 weeks into 13 months. Find out about warning signs that things are going wrong.

“Hello hello…Holmes can you hear me…?” Watson shouted into empty space until, finally, the connection worked.

“Holmes, one of these days we have to investigate why this webex never works smoothly,” Watson sighed.

“I will add it to my long to do list, Watson, but first I want to hear about your 13 months RPA case,” said Holmes by way of greeting.

“Yes, finally we get to my part and I get to teach you Holmes!” responded a very excited Watson.

“So, first the facts: The RPA savings were agreed upon. The parties agreed that decisions such as IP and server location would be decided during the implementation phase. Many senior leaders on the client side attended all the conference calls so that questions could be answered and decisions could be made there and then. So, from a client perspective, they felt they were doing the right thing.

“Everything seemed OK. The calls weren’t very structured but the vendor didn’t highlight any problems so all seemed fine. But then, just before the due date, the deadline was pushed out by a month,” continued Watson.
“That can happen, but it happened again and again and again.” In all, the first RPA implementation took 13 months.

“Watson”, interrupted Holmes, “if I remember correctly, your client was already paying a lower price based on the RPA savings – even though it had not been implemented yet.”

“This must have cost the vendor a lot of money. I guess your client didn’t care too much about the delays?”

Watson nodded again. “You’re right Holmes, but after the umpteenth conference call with many senior leaders and no progression, this was becoming a costly exercise for the client, too, not to mention frustrating.”
“So your client got the project,” said Holmes.

“First of all, the project manager on the vendor’s side was Indian, and very young. There was no agenda, no clear structure, no proper project management. She wasn’t leading the project.” Watson took a sip of her coffee and continued.

“So those are the facts, but what few people realize are their implications. In India, hierarchy is very strong. Generally, when someone is higher in hierarchy, you follow their guidance. You don’t tell them what to do, give much pushback, or voice disagreement. In this case, many senior leaders from the client side were involved. Very likely, she was overwhelmed. Possibly, she was inexperienced about RPA, making her even more uncertain in speaking up and managing the project,” Watson explained.

“And your client didn’t recognize or anticipate this?” added Holmes.
“Spot on Holmes, accurately assessed as always,” responded Watson. “Secondly, all communication was by conference call. Conference calls are great, but they work differently when engaging with Indian professionals. Actually, Holmes, let me rephrase that: not only India, most Asian countries. Not all questions are asked on conference calls. Not all problems are raised. Not all negative feedback is given,” explained Watson. “So, western colleagues think everything is going fine, but sometimes it’s not.”

“Watson, this is very different from how many western professionals operate and communicate. I bet many find that frustrating!” said Holmes.

“Yes, Holmes, you’re absolutely right. When you don’t know if things are happening or you hear about problems at the last moment, frustration kicks in and professional trust is lost. But this is unnecessary. When you work with colleagues from other countries like India, it’s important to understand how they work and communicate and how to work together effectively. Once you know this, it’s not so difficult.”

Holmes looked at the ceiling, deep in thought, so Watson clarified: “You need to recognize the signs when things are going wrong. For example, when you can recognize the Indian ‘no’ in a ‘yes’, know how to get feedback about problems, and know the signs on conference calls and SCRUM meetings that things are going wrong, a lot of issues can be prevented. In this case, the RPA implementation could have been much faster.

“So when working with internal or vendor teams in India, knowing when to anticipate potential problems, recognize them as and when they are happening, and know how to resolve them, is the final success factor in the RPA journey,” said Holmes.

“We make a good team Watson,” said Holmes as he put his thumbs up to the camera. “I loved our conversation, let’s have more soon. Enjoy your day in Amsterdam!”

“Great talking to you Holmes, enjoy your day in Bangalore!”.